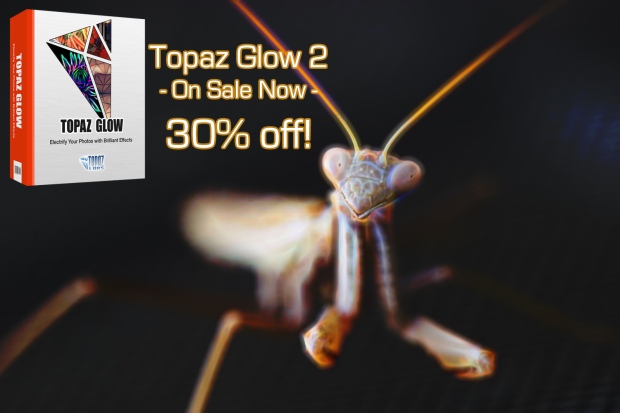 Have you used Topaz Glow yet?  If not, please go to Topaz’ website HERE and download the full free trial of the newly updated, and not quite yet publicly available Glow 2.  It’s okay, we’ll wait.  Free upgrade (as is Topaz’ awesome policy on every update they offer) and available on sale for 30% off using code “GLOW2” at checkout for new users (normally $69.99 on sale for $48.99).  There are a few effects in the digital photography realm that are instant attention grabbers.   The Glow effect is one of them.

Glow 2 will not be officially released until Tuesday the 16th, but as a Topaz affiliate, I’m able to share the release with readers early.  Go HERE, and you can either try or buy Glow 2.0, 5 days early.

I was a giddy fan when Glow was originally released, and it provided me with a true (and superior) alternative to Fractalius, being a Mac user.  So much so, that my original article Fractalius for Mac needed to be updated to replace my designed effect through Topaz Clean 3, to Topaz Glow to replicate the effect for us Mac OS users.  Since then, I’ve had a ton of fun with Glow, and find even more pleasure using the free update in Glow 2.

C’mon in to see more…

END_OF_DOCUMENT_TOKEN_TO_BE_REPLACED

Starting today through the end of the month, Topaz is offering everything for 50% off.  The entire collection (normally $500) is available for $250 HERE, and as an extra added bonus, for those of us who already own some or many Topaz plugins, we can still take advantage of the sale by logging into our account via the Topaz Labs website (here) and gaining the 50% off on additional plugins by using the code “BLACKFRIDAY2015” at checkout.  The Complete Collection is already at a 50% discount from the full price for all plugins individually ($1,010), so really, if starting from scratch, this is really a 75% discount from purchasing the plugins one by one, which is kind of nuts.

I’ve never shied away from praise for the various Topaz plugins I use regularly, and feel that there are a handful of irreplaceable plugins in my workflow.  The complete collection includes 17 plugins from DeNoise, ReMask, Adjust and Clarity to the brand new Texture Effects.

END_OF_DOCUMENT_TOKEN_TO_BE_REPLACED

Another month, another killer Topaz sale.  This time around, it’s ReMask.  On sale for half off through the end of the month, they’re also going to be offering a free, “substantial” update for existing customers, so if you’re a ReMask user, get on it!  I’d reviewed Re-Mask a while ago, and I have been using it religiously since.  You can find Re-Mask HERE via the Topaz website for 50% off!!! ($35, normally $70)  Use code “julyremask” to get the discount.  If you’d like to hear more about my thoughts and see a quick example/tutorial on how to get started with it, come on in…

END_OF_DOCUMENT_TOKEN_TO_BE_REPLACED

Topaz continues to kick out awesome plugins, and their newest release ReStyle keeps with the recent pattern. Like most Topaz Plugins, us early adopters get a substantial discount which they offer as soon as the software is released. Read on for my take and a few examples, or if you’re already sold, go here to TopazLabs.com and use the code “restyleit” to get 50% off ($59.99 reg, or $29.99 now through August 31st).

END_OF_DOCUMENT_TOKEN_TO_BE_REPLACED

If you’ve been waiting for an Alien Skin software sale, now may very well be the time.  I’ve not ever seen them offer any more than 50% (I don’t even remember seeing a half off sale in the past!) so it is as good as I’ve seen it!

I like the AS plugins a lot, and have been absolutely loving the new Exposure 5.  You can read my take on some of their plugins via the links below, and you can buy any of these directly from AlienSkin.com (click here). I get no kickbacks from Alien Skin, and have no monetary incentive to sell their plugins, I just really enjoy using them and for those who may also be interested, it won’t get much cheaper than this.  Go get you some.

Exposure 5, the best gets better

Bokeh 2, blur it out 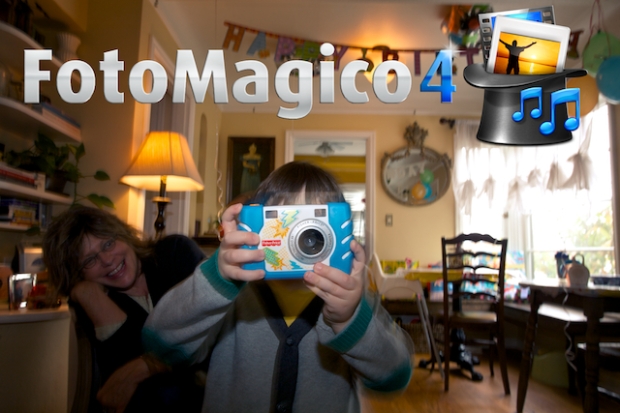 I was asked to review FotoMagico4 recently.  Knowing nothing about the software, I found it an interesting task when I read up on what FotoMagico was.  Being a parent to two young kids, I’m always looking for fun ways to document our events or outings for family and the sake of familial posterity.  Being a photographer, I’m always on the lookout for ways to present a streamlined visual product.  Coming at it from either of my personal directions, FotoMagico seems to tick all the boxes.  Learning a software program from the ground up can be daunting, so I put my head down and got to work learning this new version from Boinx Software.  Luckily, it proved to be pretty intuitive once I got going.  Read on for my experiences and opinions…