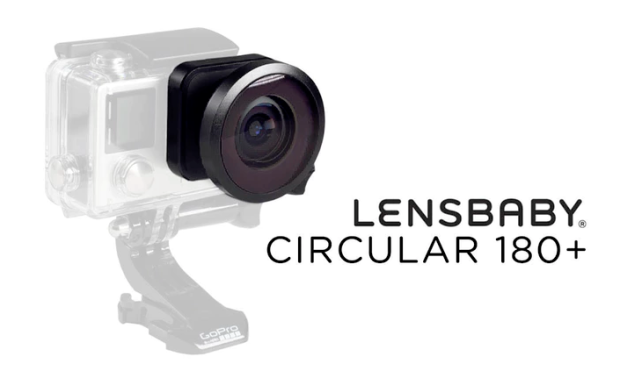 GoPro users rejoice!  Lensbaby has just launched a campaign to release their brand new 180+ degree circular fisheye lens for GoPro action cameras.  It looks like it will be a great lens for GoPro system users who may want that wider angle that a circular fisheye produces for underwater video, general tomfoolery or to produce some cool, surreal drone footage.  Jump on the train to be one of the first pledgers to get it for only $69.

See the release from Lensbaby below:

GoPro® cameras are amazing. The fixed lens however can be limiting. Lensbaby’s new Circular 180+ lens, packed with 185 degrees of AWESOME, will make you want to pull that GoPro® out and see your adventures like you’ve never seen before.

Lensbaby’s Circular 180+ lens creates fully circle fisheye videos and images with huge depth of field letting you capture the soul of your adventures with a fully immersive field of view. Attaching to the current waterproof housing on GoPro® Hero cameras, the Circular 180+ captures a 185 degree window on the world, wider than the human eye can see with unprecedented depth of field – subjects nearly touching the front of the lens are sharp along with everything else in the image.

With its 185 degree field of view, intense depth, tack sharp edge-to-edge focus plus its small, rugged design this lens will go anywhere you want to go. Back in now on Kickstarter to get your lens in time for summer shooting: http://lensba.by/kickstarter_circular180

I have no stake to claim here, no money on the table, no skin in the game.  Just wanting to spread the Lensbaby gospel because I like the company and the folks that work there.  They’re awesome.  Click the link above to see sample footage and hear from Craig, the co-founder of Lensbaby as he explains what led to them developing this lens.