After my recent disappointment with the Olympus 60mm f/2.8 macro (read here), and my ongoing ups and downs with the Olympus OMD EM5, I have been looking to be convinced by Olympus.  I hear so much about Oly’s stellar reputation, but I’d not personally felt those plaudits justified through my experiences with the few Olympus products I’ve owned (hopefully the fanboys will be kind to me here).  In comes the M. Zuiko 75mm f/1.8 lens.  A solid, sharp, 150mm EFOV lens with quite a reputation of its own has come onto the scene.  After returning the 60mm macro, I wanted to make sure that the investment in the 75mm lens would be worth it to me…

Let’s get the weirdness out of the way.  Yes, the silver metal is an odd choice (especially knowing they’ll likely offer a black model at a higher price (Yep HERE,…no thanks) and yes, $900 for a 75mm f/1.8 lens is much too high if looking purely at other comparable lenses being manufactured for full frame systems, as I’d feel $600 would be a more realistic price which would still be about 150% of comparable full frame, non weather sealed, metal 85mm f/1.8 lens, price points.  Ignoring these wide spread grumblings, has the micro 4/3 system found itself a mid range tele portrait juggernaut?  I think so.  In true Olympus fashion, we’re charged a premium and completely left wanting for accessories that other lens manufacturers tend to include, especially for lenses at this price point (uh uhmmm, lens hood).  But, those gripes aside, I must admit, this is a beautiful optical tool.  While the 150mm equivalent fov resides in mid tele no-mans land being traditionally too long for the go to head shot, mid tele focal lengths, and too short for most of the responsibilities usually doled out to the longer range telephoto lenses, you will have to ignore your preconceptions of focal length when looking to this lens.  If you are familiar with or enjoy shooting a 135mm lens on an 3:2 format sensor, the angle of view is near identical if you were to crop into the full frame of a 135mm lens’ in a 4:3 format.  In this way, it is fairly unique, and offers something a little different than the 85mm to 135mm “portrait” range giving users a different choice.  A choice, I’m happy to say, that I made. (*** UPDATE *** read the new article pitting the Oly 75mm vs the Canon 135mm L HERE)

I will say, this lens, like the 60mm macro (although not nearly as bad), has some trouble focusing in low light on the OMD EM5.  I chalk this up as much to the CDAF as I do to any flaws with these lenses, but when even my Lumix 14mm f/2.5 or the PL25mm f/1.4 both have noticeably fewer problems focusing under the same conditions, on the same Olympus body (and for those pointing out the focal length differences, my EF 135L lens is much faster in low light), I have to assume that the Oly lenses just aren’t as good at focusing in lower light for whatever reason.  I have no scientific evidence, but I feel there’s a noticeable difference (especially with the 60mm macro in lower light).  This shouldn’t be a breaking point because while challenged in certain circumstances, the 75/1.8 does well, and certainly better than the 60mm macro in less than good light.

Here is a quick unboxing video:

I can point you to SQF charts and lens resolution tests, which I’m sure many of us have seen, but this lens is as sharp as you’d need a lens to be.  I’m sure you could measure a slight falloff of sharpness at the edges or corners, but really, it does just fine for any task you’d need to use this lens for in my opinion.  If you’re the type to really worry about a lens’ sharpness and resolution, you can rest assured, this lens is as sharp as most anything else out there.  To me, much like the 60mm macro didn’t feel right, this lens does, and here’s why:

Here’s a shot straight out of the camera, captured in RAW and converted in Aperture 3.4, exported as jpeg.

I expected to love the Oly 60mm macro lens and I absolutely did not unfortunately.  The Oly 75mm is a different story though.  While the price is high in my opinion, I’ve just accepted that it is what it is, and have moved on knowing I’ve got a wonderful lens for the micro 4/3 system.  For me, this lens is closer to being worth it’s price than the 60mm macro was for it’s.  I feel it provides a unique mid tele focal length with a nice flattening effect for portraits, will easily allow for separation of subject and background, and is great for anything you want to throw in front of it.  I feel it may struggle to focus quickly in low light, for instance making it a bit tricky to capture quick moving indoor sports, but I’m sure with a refined focusing technique, it could handle this too.

So, who is this lens for?  I really think that this lens can create shots for any user.  It does require a little bit of working distance for traditional subjects and with an MFD of 2.76’/.84m) can make it a little difficult if you’re looking to really magnify small subjects, but I find that when using this lens as a walk around lens for instance, I tend to start finding shots that I’d not particularly see, or look for otherwise.  It’s easy to isolate a subject, be that a person, a flower or anything in between.  A shallow DOF monster, that can help with anything from portraiture to street, nature and landscape shooting.  Sideline sports shooting at relatively close distances can create a nice, intimate action tool to focus into a single subject or small grouping of subjects.  While it isn’t the fastest focuser compared to comparable full frame optics geared toward sports, et al, and is largely dependent on very contrasty situations to be at its best AF-wise, with a bit of practice on your focusing technique, I think it can certainly do well in these situations.  The better and more contrasty the light, the faster the AF operation obviously (it is capable of being very fast under the right circumstances), but it does admirably down to a reasonable level of light.  At its foundation, it excels in controlled lighting situations, and is more a studio type lens, but can certainly be employed in a street, location/environmental portrait or sport shooting application in my opinion.    It’s sharp, too sharp some may even say for portraiture as you’ll potentially need to be softening skin to get the most flattering results.  The price is high, but that is what it is.  Should Olympus have provided a hood and sealing at this price point?  I think so yes, but once you get over that hurdle, you won’t be left wanting from a pure image quality standpoint.  Whether it is worth the asking price is, or course, entirely a personal decision.  If you want or need a sharp, fast mid-tele lens, it does really well and is capable of producing as nice an image file out of these micro 4/3 cameras as I’ve seen.

If you’re interested, have a look at this lens via B&H here: Olympus Zuiko 75mm f/1.8 Lens

I’m planning on doing a comparison between this lens on the OMD EM5 and the legendary 135mm f/2 L lens on a 5DII just for fun (yeah, that article is now HERE).  They provide a comparable enough field of view, and are similar tools for their respective systems, so stay tuned for that.  If you’d like to be alerted as articles are posted, feel free to add your email to the alert list at the top of the page, follow me on twitter or on linkedin.  If you’re on flickr, feel free to stop by our flickr group here and say hi.

Here are a few other recent micro 4/3 articles if interested:

Against the grain on the Olympus 60mm f/2.8 Macro

Thanks for the read and as always, happy shooting. 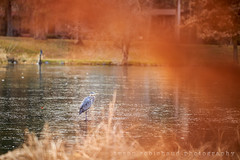