I had a read through mirrorless rumors today as I do most everyday and saw that there was an article posted regarding Canon’s recent ideas on a mirrorless system.  Having been a fan and user of the micro 4/3 system as my mirrorless system to date, it had me questioning what I’d like to see in a Canon system.  My thoughts may be off base, but c’mon in if you’re interested…

Canon is arguably the last of the major manufacturers to enter this growing market which seems to be settling in between the compact point and shoot camp and DSLR land.  About a year and a half ago I wrote an open letter to Panasonic and Olympus in regards to the growing competition from the likes of Sony and Samsung which have brought some big guns to the party over that time.  To an extent the Micro 4/3 system has answered some of my concerns, but still seem to be focused on engineering small, slow zoom lenses vs. maintaining small, fast lenses and pushing sensor performance (give us useable ISO 1600-3200 and 14bit RAW files please oh please).  Sony has landed quite the blow with the recent NEX 5n and if the NEX 7 lives up to the hype, it looks to be the camera to beat for the enthusiast and I must admit, it has me very interested.  If the NEX 7 wasn’t so expensive, and had a realistic balance of price and performance in their lenses, I might be tempted, but as is, they’re asking way too much of the average shooter looking for that proverbial price and performance golden egg.  That said, I think people willing to throw down about $2200 for the NEX 7 + the Zeiss 24 f/1.8 will have a beautiful combo with unparalleled IQ in the mirrorless realm.

While Nikon recently announced their J1 and V1 compact MILC cameras, they seem to have missed the boat to the discerning eye.  Granted, a cool package, but I just cannot get over the fact that they A) used such a small sensor, and B) then chose to build such a bulky “compact” camera with said small sensor.  I think that Nikon, more than any other manufacturer missed the mark.  They could have offered an F mount option and kept the body size relatively the same.

Which brings me to Canon.  With the recent interview posted at mirrorless rumors, it seems that they’re calculating an entry into this market.  I see two possibilities, one being a new mount a la Nikon/Sony, or secondly being one that will be directly compatible with an EF/EF-s mount.

Personally, I’d love to see an APS-C sensor mirrorless interchangeable lens compact replace the T3 in the next iteration.   The reasons being that it would fit nicely in this “bridge” category between the compacts and DSLRs all while allowing those already using the system’s many lenses the ability to immediately incorporate a high performance compact camera.  They’d immediately be selling to two very eager demographics, both of which are growth markets.  Of course, I’d like to see a couple pancakes released to accompany the new release which would also immediately benefit the users of any other EOS camera to date which would like a smaller lens for portability or more low profile street type shooting.  Instead of asking users to reinvest in an entirely new system (as each other company has so far done) why not buck the trend and not only satisfy existing users, but use it as a vehicle to retain and grow your customer base.  Compact users looking to upgrade to a mirrorless compact… Existing users looking to supplement their kit with a compact body… Generating needed hype for your brand in an increasingly challenging marketplace…

I’m no Canon fanboy.  I do shoot with Canon DSLRs along with a variety of other cameras, but, I’m really confused as to why no one has done this.  Offer a Panasonic G3 sized body (very compact all things considered) using an existing lens mount that would immediately allow users access to an established lens lineup without having to buy an expensive adapter to enable AF and you would win, assuming the design was innovative and offered image quality to back it up.

I understand that due to physical mechanics, the mount would require a bit more bulk to remain compatible with current EF/EF-s lenses, but taken into account, I’m sure you could remove the mirror and pentaprism from the base model rebel, recess the sensor as far back as physically possible, decrease the overall body size, include an electronic viewfinder and make a compelling little package.  Certainly smaller than an M9 for instance.   This market segment, more than any other currently is pushing the digital landscape to great technological leaps and I find it frustrating from a consumer’s standpoint that no one has offered existing system users an answer like this.

My ideal direction for a new mirrorless from Canon?

Do this, redesign the base level rebel into something slick and compact and I think as long as the design wasn’t horrendous, Canon would absolutely kill it.  Canon has the resources to do this, it is something I think would not only retain Canon shooters jumping to compliment their “bulky” DSLR systems by going to m4/3 or Sony, but attract new users into the EOS system.

Happy holidays to everyone and here’s to hoping 2011 has been great for all.

7 thoughts on “*Mirrorless mania, or just another brick in the wall?” 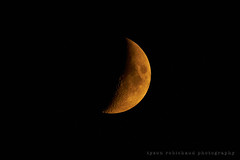